„You know that part at the end of raid night when the final boss is dead and you’re done handing out loot and everyone kind of goes their separate ways? Yeah, this is one of those times.

We just came off of a great BlizzCon. We had so many different games to talk about, and we were thrilled at the reception of Warlords of Draenor. It was great to meet or reconnect with so many of you. I love BlizzCon dearly, which makes it so hard to tell you that this will be my last one, or at least my last one up on stage. An opportunity has come my way, and I have made the very tough decision to move on from Blizzard.

I wanted to thank all of you for being a part of this grand quest. I have said a hundred times that having passionate gamers, including the angry ones, is a far better place to be than having a community that doesn’t care. You all care. Like us, you want the game to be the best that it can be. So I ask you to keep on providing your feedback. I promise (and I rarely promise!) that the developers care very much about what you have to say.

I’ll be out there, and I can’t imagine it will be that hard to find me.

P.S. No, you can’t have a pony. Or a moose. Or a mantis shrimp. Or a tardigrade. Or a crab. Keep trying though. 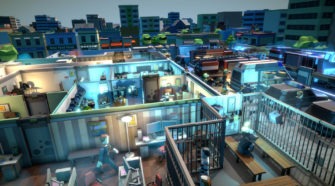